“This is not a blog
(and it sure ain’t a twitter),
so what you are getting
is just a newsletter.”

I guess the news letter, in some fashion, is a primitive form or precursor of blogs, Facebook, and Twitter. It is a one way street of giving information to interested people. I would however, be very pleased to hear back from some of y’all if you care to reply.

To sum up my spring and summer won’t take long. In word it was “busy.”

After crossing fourteen states to attend the Southeast Wildlife Exposition (SEWE) in Charleston, SC in February, we backtracked to Chattanooga, TN to teach a class full of great carvers at Farrell Eaves’ beautiful workshop on top of Signal Mountain. Oh yes, did I mention we drove through snow in 13 of the 14 states we went through, including 5 1/2″ in Charleston (palm trees are really beautiful covered in snow). The snow free state was Arkansas where it was merely a driving rain. Our course diverted down to Lubbock, TX in an effort to avoid ice and snow in KS, then OK, then Amarillo, TX; we finally “out foxed” the blizzard by going to Lubbock only to get hit there as well. As God so often does, He worked all things together for good, we had a good visit with my Mom and sold five of the sculptures left over from the SEWE show.

Travels also included a trip to the World Wildfowl Carving Competition in Ocean City, MD, in late April. I was blessed to receive second in World with my sculpture “Sky Dance.”

A montage of movements created to capture some of the grace and daring seen in the spectacular courtship dance of one of North America’s most striking birds, the Scissor-Tailed Flycatcher.

The male bird flies to a height of 100 feet and does a series of “V” dives.  The dance is culminated by the male hovering 3 ft off the ground for 15-20 seconds.  The birds and movement are carved out of a single piece of pure bird’s eye Mesquite burl, and mounted on a rich piece of West Texas juniper.

“When You say that You dance over me
what is it that You mean?
You rejoice with shouts of joy
yet the dance is never seen.

At least not by my eyes it’s not
and those shouts don’t reach my ears,
my eyes are on the storm clouds
my ears listening to my fears.

Yet I know You are a Warrior
One who delights to save
and I know that You have conquered
sin, hell, and the grave.

So I ask for grace to trust you,
to join You in the sky,
as I run here through the battle,
help me thank you, not ask why.

For, if my eyes are truly fixed on You,
I won’t miss Your dance above,
if I’m resting in Your faithfulness,
You’ll restore me with Your love”

A couple of quick trips to Texas to collect wood followed in late May and early June. Mixed in there were numerous two hour jaunts to Colorado Springs to see or drop off our son who is now in his second year at the US Air Force Academy. It is just one hundred and one miles each way and is a nice drive except the Denver stretch.

In addition, to all the travel, there were several commissions to complete. A few are yet to be photographed, but will be in my 2011 calendar this coming fall. Some of the ones I have gotten photographed are enclosed.

Sculpture in the Park was a huge effort this year. I created 15 of the 16 pieces in less than two months. I was exhausted by show time, but as I pointed out to my daughter, “No one at the show, would recognize me anyway without the annual dark circles and bags under my eyes.” It was worth it. I had a great show, sold eight pieces, and made some really good contacts and friends.

After the show, we went to a family outing in Idaho and stopped off in Provo, UT where I sold three of the sculptures I had left from the show. It is really nice to have a little inventory for a change. I have one large commission to finish this week, then I can get the 2011 calendar rolling and prepare for my remaining three classes.

The first class will be held here in Loveland, CO, September 27 – October 1, 2010. The weather in CO is usually beautiful and interesting that time of year; 80’s to maybe a brief snow, then back into the 70’s, who knows. The Elk are bugeling and Aspens are usually still golden then. I would like to fill a couple more spaces in that one, so come on.

The October 18 – 22 class in Chattanooga, TN is full, but there will be another TN class offered in February 2011.

Still in the Southeast, there is still room in my final class of the year, held, November 1-5. It will take place outside of Williamsburg, VA at the beautiful new home/studio of Bill Casto. This home sits on a hill overlooking the scenic and historical York River and is nestled in an area full of wildlife. I am sure between the inspiring setting and Bill’s generous hospitality, this will prove to be a rewarding experience.

Well, this would be one enormous text message and my thumbs would be permanently affected. That means I have gone long, so, so long.

Thanks for listening (reading), I will try to be diligent to get these out more often. 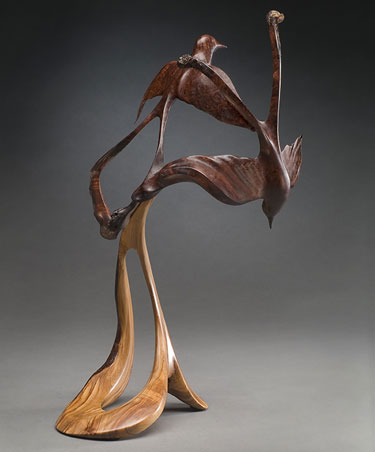