Eagles enthrall me for some reason, yet it has not always been so.  I vividly remember the very moment the change came.  Earlier in the spring I had gone on a college field trip to help on a census of the Golden Eagle population along the Caprock of West Texas.  During a subsequent trip, I lay down on the edge of a cliff leaning out a bit so I could see the Eagle nest on the ledge some six feet directly below.

I was expecting to see a couple of eggs, but looked down into the eyes of a huge Golden Eagle a mere three or four feet away from my bulging eyes. The bird very calmly stared back, turned and slowly pointed its beak down towards the canyon floor some hundred feet below. As it jumped, it spread its massive 8ft golden wings.

The prowess it showed as it picked up speed, caught a thermal, and spiraled upward, was beyond description. The first loop of its spiral brought the majestic flight just a few yards above my head.
The appreciation I gained for those beautiful creations has never diminished, the fascination over the years only increased.

Each time I see an eagle I stop to look, for I am always moved at its Majesty. Still, if I take an extra moment and reflect upon the One Who created the eagle, I get a glimpse and deeper appreciation of true Majesty. 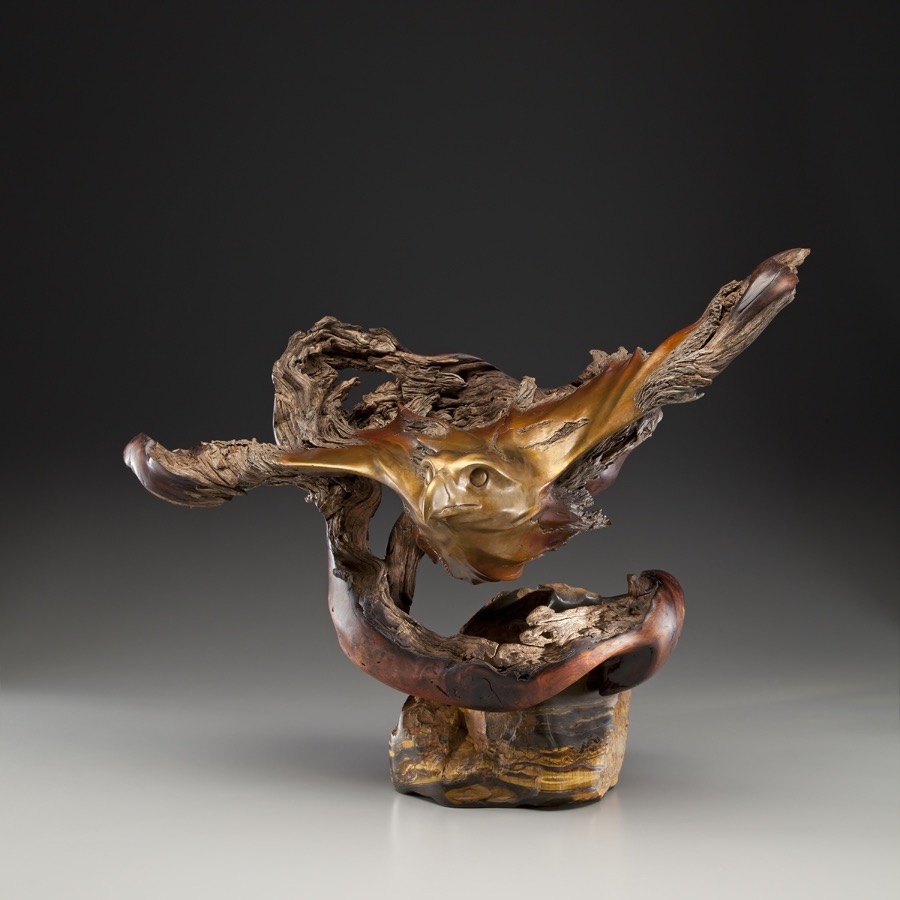 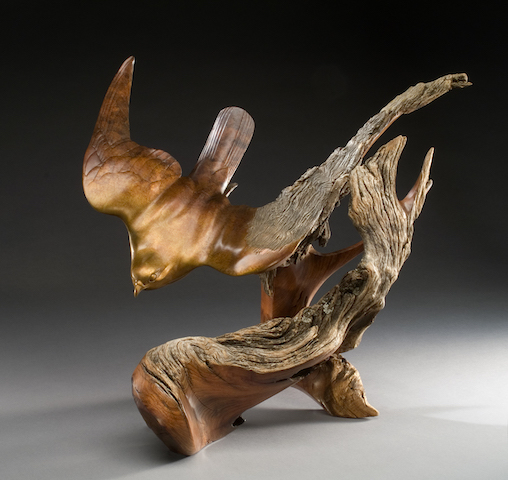 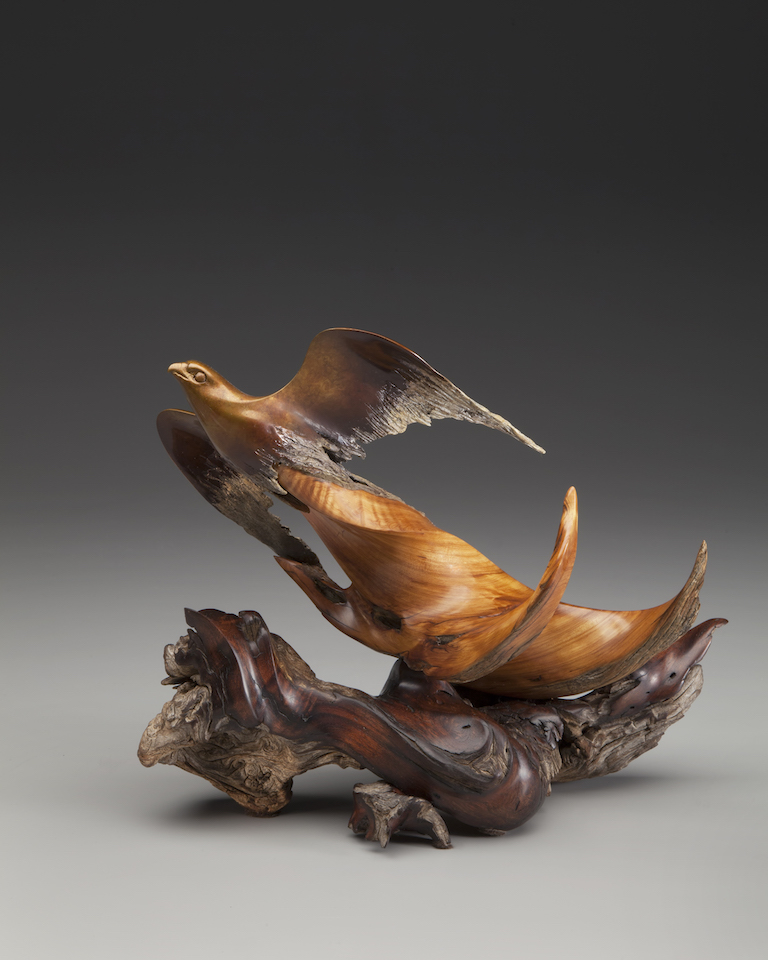 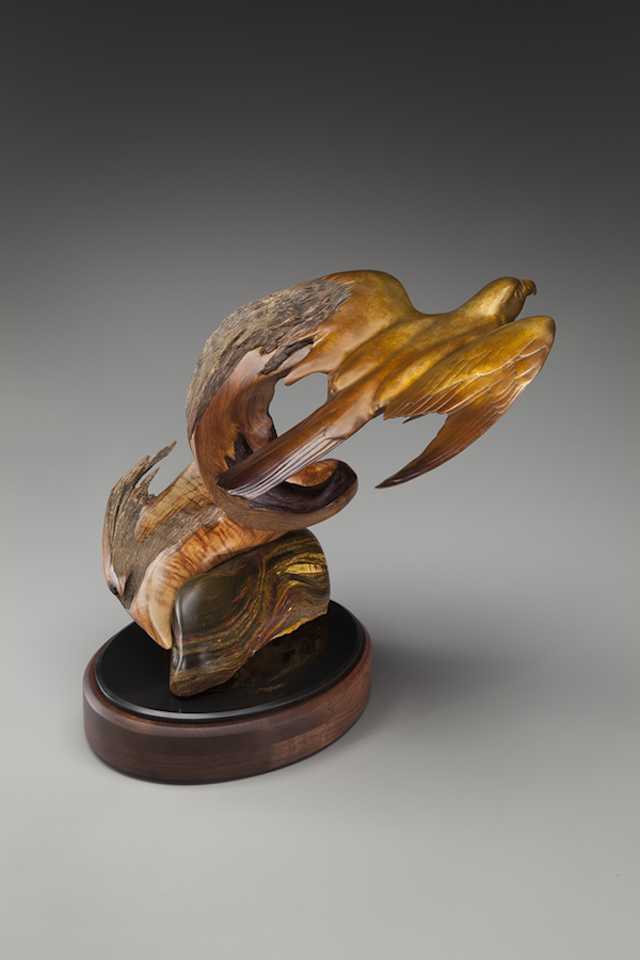 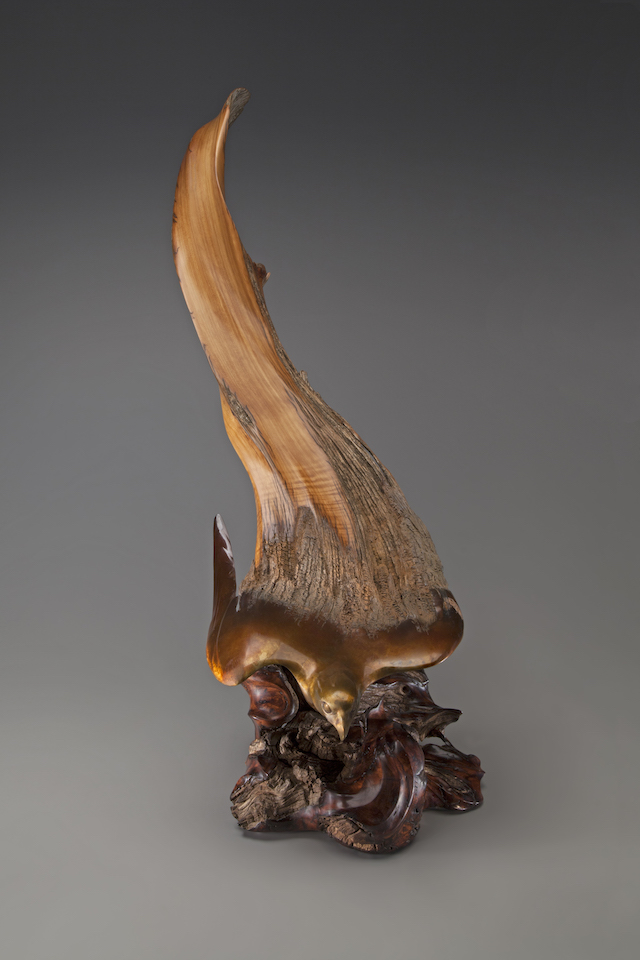 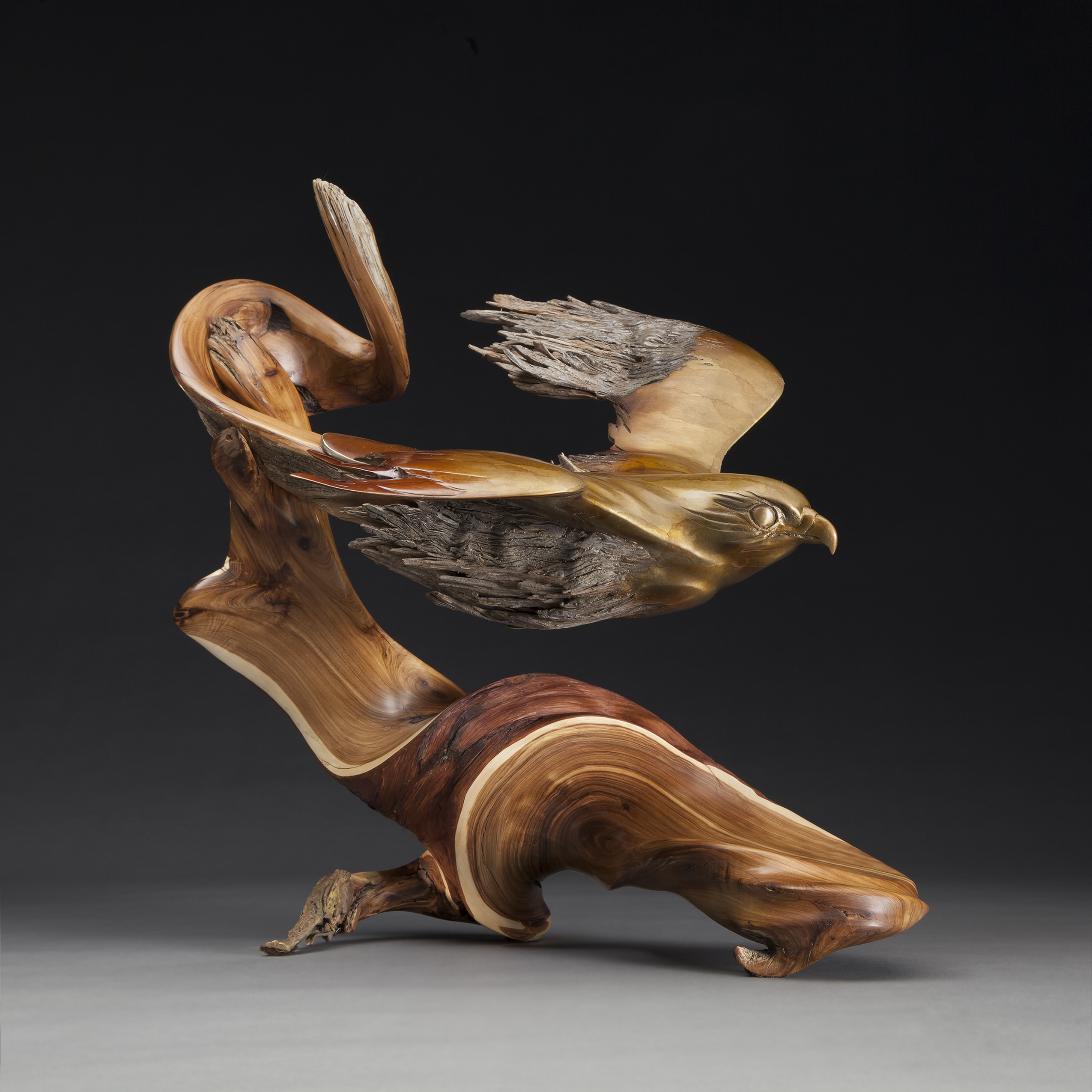 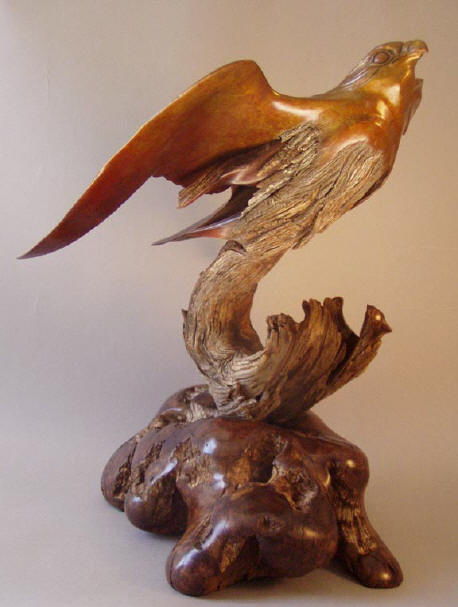 Strength and power soaring
in a world I cannot breach,
yet there remains a greater Majesty
far above the eagle’s reach.

Reflected in the majesty
of an eagle’s strength and might
is the hand of Him Who made the skies
and the very wings of flight.

God’s majesty remains
more expansive than the skies,
yet for me to fly within that realm
I must bow and lift my eyes

above my speculations
past my claims of being wise,
to God revealed to us,
embrace the Truth, let go the lies.

The truth is God desires for us
to fly up there with Him,
reveals The Way for us to join Him,
although our wings are clipped by sin,

by giving wings of righteousness,
faith in the risen King,
Who gave His life that we might live
and soar on eagles wing. 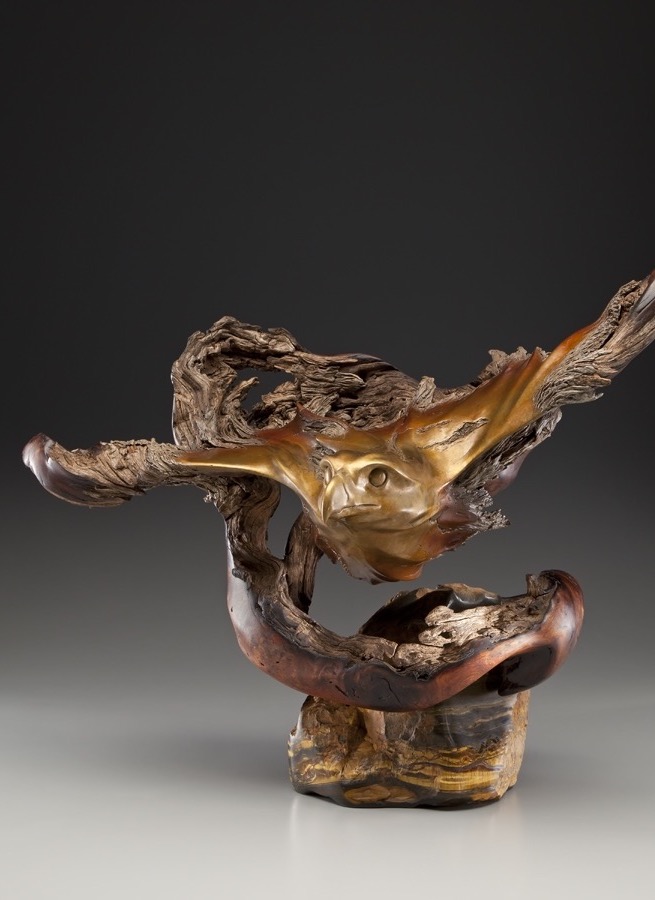 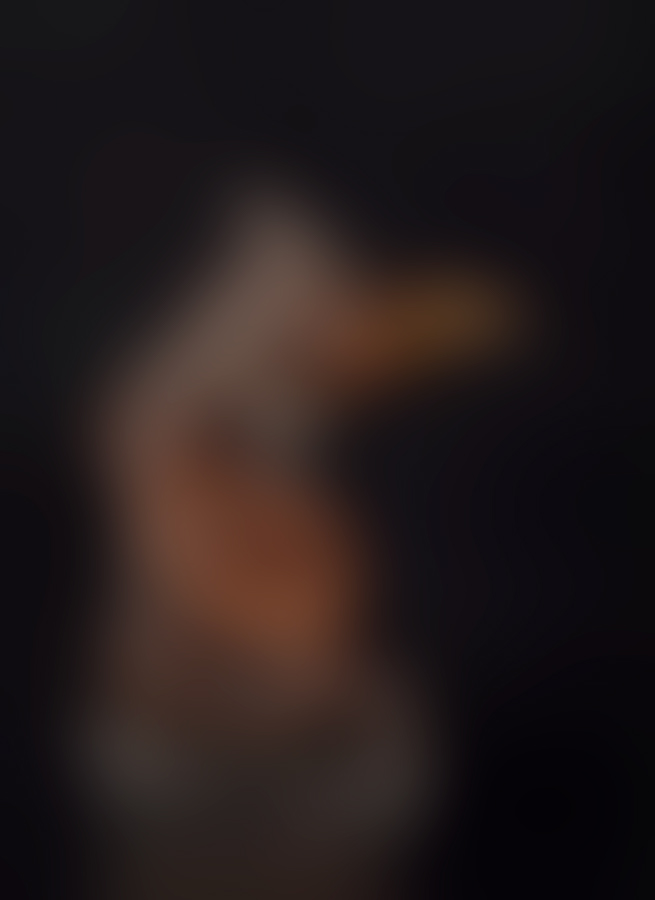